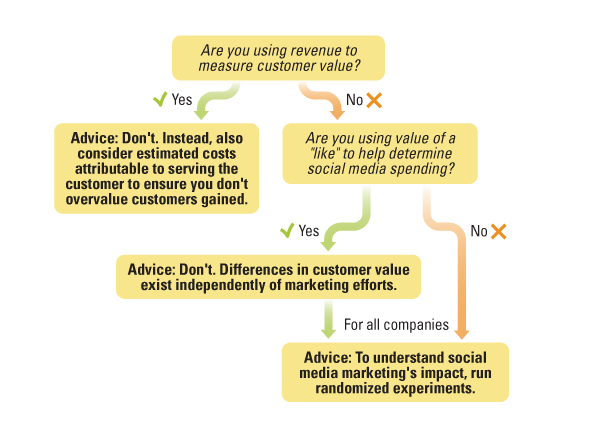 This post is specifically to combat claims made about social media measurement. It follows on earlier work I did, here. Specifically I am against the idea that ‘the value of a like’ is what marketers should be prepared to pay to gain a like. I’m optimistic that the number of such claims have rescinded in the last few years. Social media discussions are sometimes a bit more sophisticated nowadays. As such, I worry this post is a bit like closing the stable door after the horse has tucked in for the night on its own accord and is drinking its cocoa.

That said there are a number of good reasons to write about this metric and its misuse.

There are important differences between fans/follows/“likes” and so forth on different types of social media. So, at the risk of stating the obvious don’t use the value of a like on Facebook as the value of a follower on Instagram or a connection on LinkedIn or a fan on something else. They are all very different in terms of value.

That said, the metric’s calculation is common. Furthermore, the idea of measuring the simple difference in value between two groups of customers: those that do X and those that do not do X, is widespread. This advice is thus pretty broad and hopefully relatively widely useful.

What Does The Difference Mean?

The driver of value difference between fans and nonfans is often not the social media strategy. This is because customers who are social media fans will differ from nonfans for many reasons totally unrelated to the company’s social media strategy. For example, fans are probably more active on social media, more technologically literate, and typically younger. Our experience suggests that fans are often more favorable toward a brand to start with than nonfans are. Indeed, the differences that exist amongst customers in how they react to your offering is probably what motivated some of them to affiliate in the first place.

A common marketing mistake is to define “value” based upon revenue. Marketers often measure customer value based on revenue instead of contribution because it is much easier to do. That said, this can be dangerous unless you are careful. Our research found that a majority of marketers surveyed made this error. Average sale price is only the value to a firm if the firm has no costs. This doesn’t really happen outside economic models. Since revenue ignores costs, in the real world such a calculation overstates customer value. Please don’t do it.

A consultancy, Syncapse said: “Benchmarking and tracking is critical for daily optimization as well as long-term understanding of cause-and-effect” (Syncapse 2013, page 6). Who could be against this? The challenge is what it doesn’t say and interpreting what it means.

Managers should never automatically, explicitly or implicitly, assume that differences in value between two groups of customers were caused by the actions of the firm on social media. Differences between customers exists across the board. They exist regardless of what social media you do. Indeed, marketing strategy is a lot about working with pre-existing customer heterogeneity (differences). Managers need to investigate whether any differences that they see existed prior to the social media marketing effort. They want to know what caused the differences — don’t just assume it was your brilliant social media team. It might be your brilliant product development team, your brilliant customer service team, or, frankly a not so brilliant, other team.

Remember digital marketers can run controlled, randomized experiments to understand the impact of their actions. Never just assume a difference was caused by something when there are many credible alternative explanations.

I would also note this shows the importance of ‘small t’ theory in business. By small t theory I just mean a plausible story, nothing too fancy. If you can’t really work out how clicking on a thumbs up button should be worth $40 the firm it probably isn’t.

“Data without theory… is treacherous”

Should You Use the Value of a “Like” as a Metric?

Our Book: It Exists And Has For A Long Time